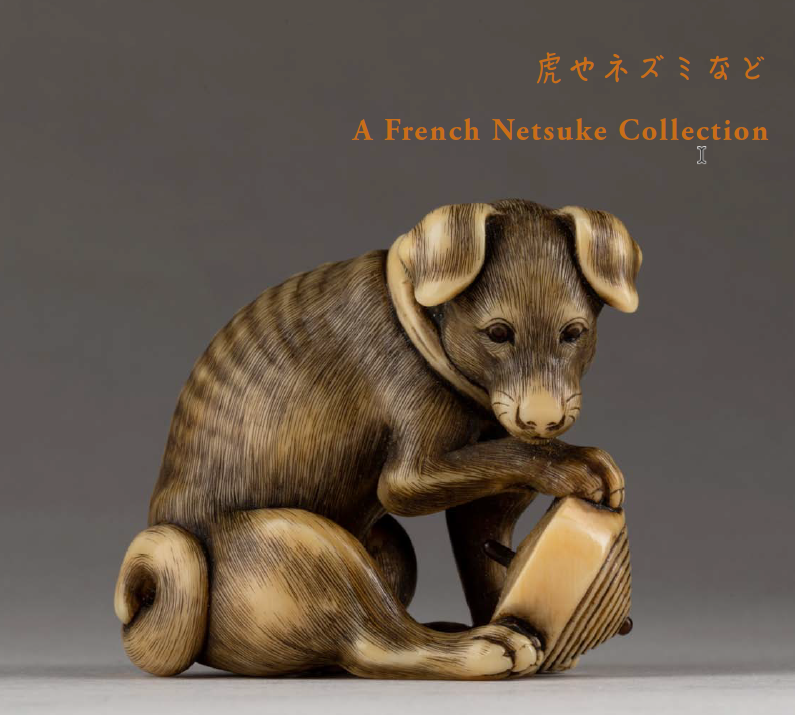 The netsuke in this collection are some of a group of 40 from a private French collection, many bought as long ago as 1983. The last was purchased in 2013. The non ivory netsuke from the collection will be offered at Bonhams London in May 2020

The collection in its present form comprises 143 wood and 112 ivory pieces. It will be evident
that I am not offering all of them here. Some will appear in two sales in the spring and
early summer, first at Zacke, then at de Baecque in Paris.

The first acquisitions were made
in 1997, the last in 2014. As the collector and I met in 2004, I am proud to have had a part
in the majority of purchases over the last 10 years of activity, which includes many of the
best netsuke in the collection.

In its early stages, the collection was mixed as to material and
subject, with a lot of human subjects. The first netsuke bought with my input was the ivory
snake attributed to Okatomo, after which animal subjects emerged as a distinct focus, with
a growing attraction to Nagoya wood carvings, rats finally dominating.

I think you will find
that there are some stunning examples here, but there should also be sufficient variety to
satisfy most tastes. 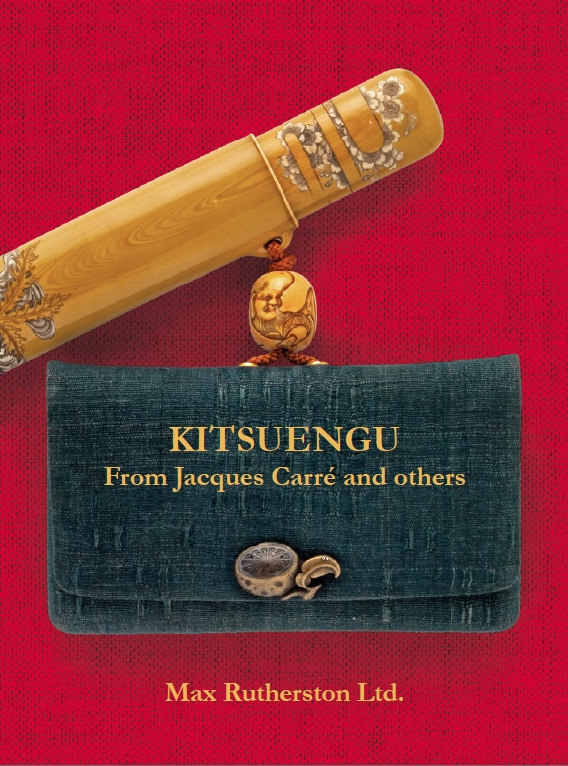 The present publication gives me the opportunity to honour the memory of my
late father.
Although Jacques pursued the public aspect of his life with a dynamic and
sometimes provocative punchiness, in his private life he demanded privacy. He
charged his family with ensuring that he departed this life in peace and without
fanfare, much like Sanfushi Sennin on his upturned umbrella (Japanese Netsuke
from the Carré collection, Eskenazi, 1993, no. 16). It seems therefore fitting to
celebrate his memory through this collection of Kiseruzutsu presently curated
by his friend and mine, Max Rutherston.      Christophe Carré – England, 2018 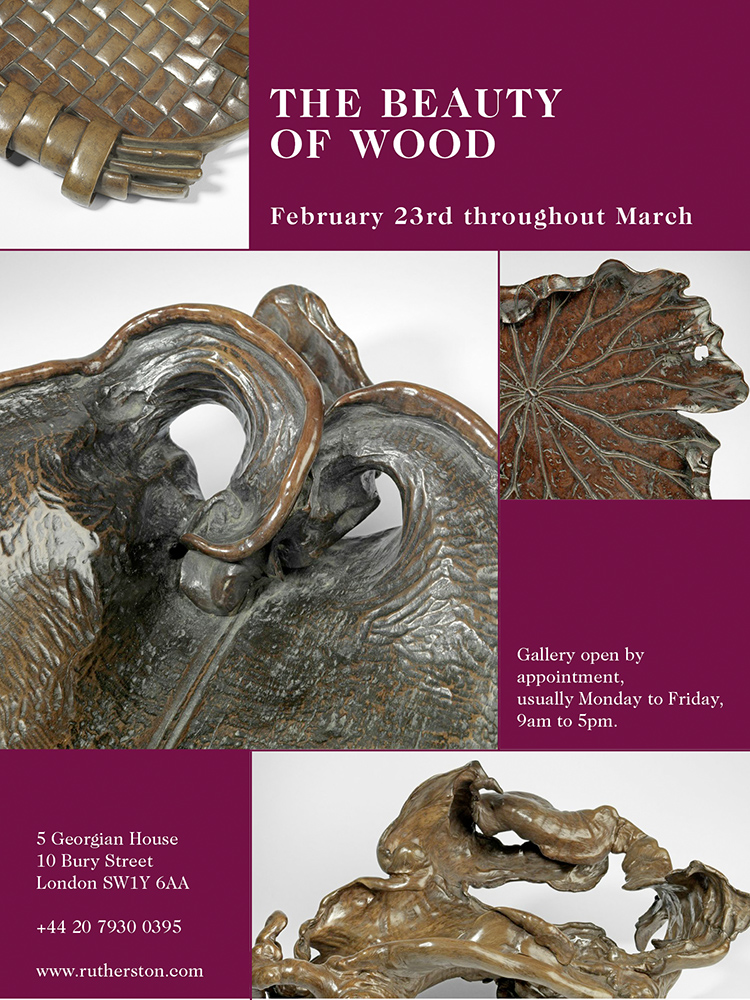 The Beauty of Wood

What is clear is that one group of objects, the majority, and particularly the trompe-l’oeil baskets with their wilful defects, are made with the intention of instilling in us a poetic sense of transience. In that regard I particularly like the fact that the large kidney shaped tray (no. 7) does have an old, blackened crack. My restorer and I had no hesitation in leaving it there, finding it wholly in tune with the aesthetic.

Other pieces in this group are not man-made artefacts at all, but found ones, which have been adopted for the pleasing qualities which they possess naturally. They betray little or no intervention by man, apart perhaps from lacquering or polishing. Yet it seems entirely appropriate that both the crafted and the found pieces should have been gathered together under the same collector’s roof. 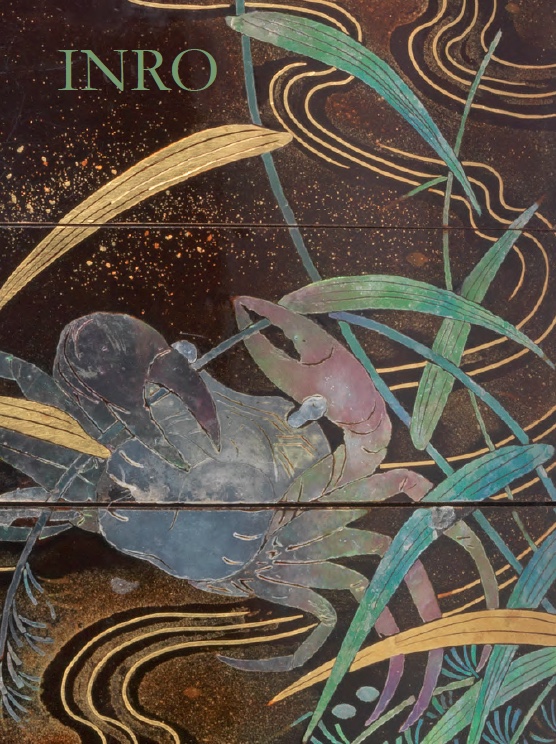 When 18 inro fell into my hands from Arlette Katchen’s collection a short while ago, it seemed logical to present them in a catalogue, the first that I have dedicated entirely to the subject, filled out with some sagemono of my own. I would not pretend that these are the finest to be found in the market, but I hope that each will be appreciated for its subject matter, or as interesting for the techniques employed. My own predilection for early inro, and for inlaid inro in general, will surely be self-evident, as will Arlette Katchen’s taste for marine life. Enough said. 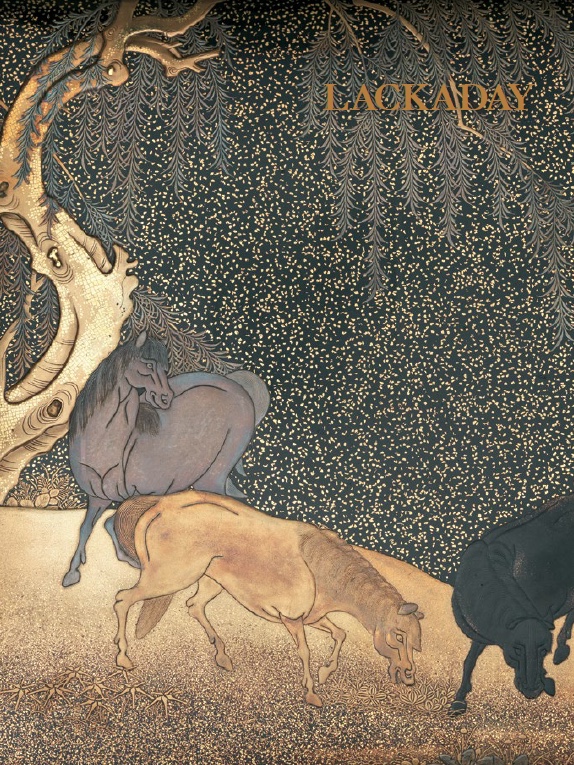 It will not have escaped the notice of all that there is herein an implicit celebration of the taste of certain collectors. Only one of the pieces is without provenance, and it is included only because it seems to me to earn its place by its rarity. Am
I alone in not having seen one before? And I remain entirely non-plussed by
the converted kogo, which thus far has been unloved by all but that excellent
connoisseur Soame Jenyns.
Another way in which this catalogue differs from the publications of my competitors is in the rapidity of its germination and preparation. The idea was
conceived in August, when Roger Weston offered me his boxes, the descriptions written within a week, design finished in the same time, and it looks as if we will complete the journey from first instructions to the designer to print in about 14
days. Howzat? 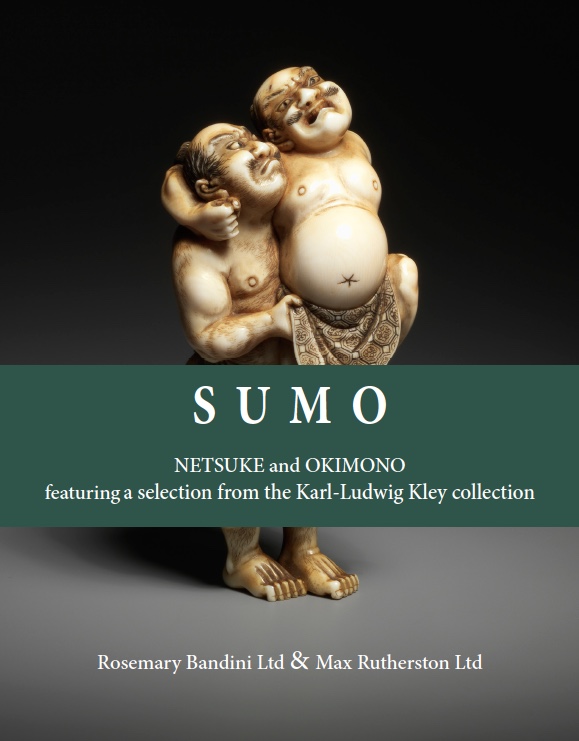 58 page catalogue of netsuke and okimono from the collection of Karl-Ludwig Kley.

Karl-Ludwig Kley first got hooked on the sport of sumo back in 1987 while on a five-year assignment to Japan, buying his first netsuke of the subject two years later, a contemporary piece by the respected carver, Hodo. Little did he realise that a delightful miniature carving was to start a lifelong passion.

Now 25 years later, he has developed a keen eye and fine understanding of the art form. Conscious of the ever burgeoning size of his collection he has decided to sell a few pieces, which we are delighted to present here in this online catalogue. Many appeared in the book of his collection, Tiny Titans, published in 2006.

Available to view online only 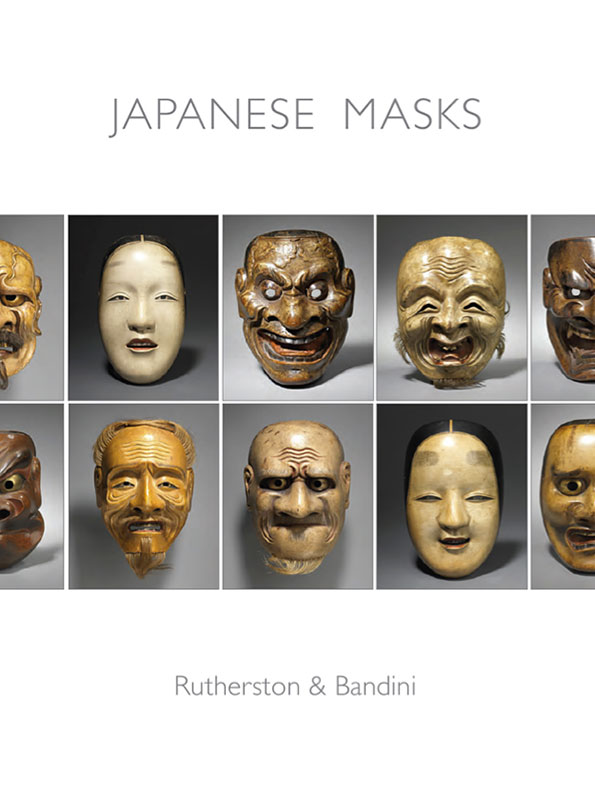 An exhibition catalogue of Noh, Kyôgen and Kagura masks. At the core of the exhibition is a private German collection of masks, at least some of which are believed to have come from the Toyama daimyō family and passed briefly through the hands of Tadamasa Hayashi (1853-1906), the legendary Japanese dealer based in Paris, as well as through the Berlin Asian Art Museum over 100 years ago. These have been supplemented by the same number of masks from other collections, some with known Japanese provenance.

The masks in the exhibition form a good representative selection of types (whether fiercely demonic, melancholic, serene or jocund) and have been chosen for their quality of execution and for condition. The masks range in date from around 1500 to 1850. 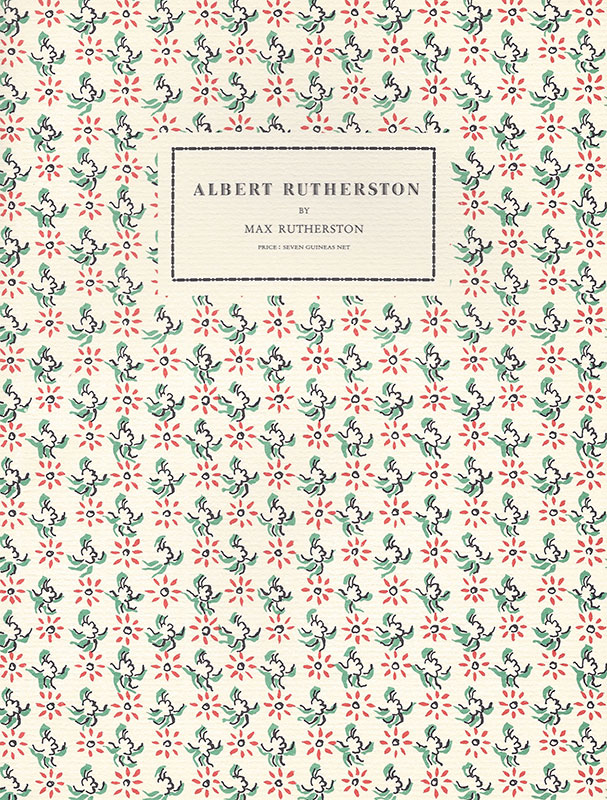 Exhibition: Tuesday 17th May until Friday 17th June 1988 at 180 New Bond Street. An appreciation of my grandfather’s life written on the occasion of an exhibition of his work, including 18 plates illustrating 24 works, selected bibliography, and essay by Dr. Ian Rogerson.